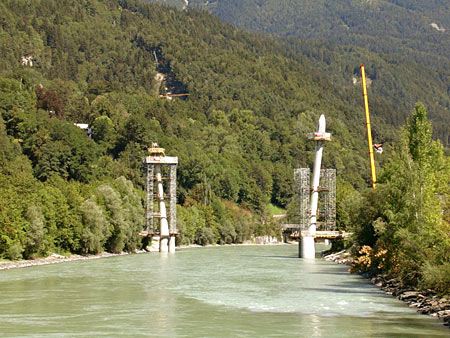 The pylons of the new suspension-bridge on each side of the Inn River.
Les deux pylones du nouveau pont suspendu de chaque côté de l'Inn. 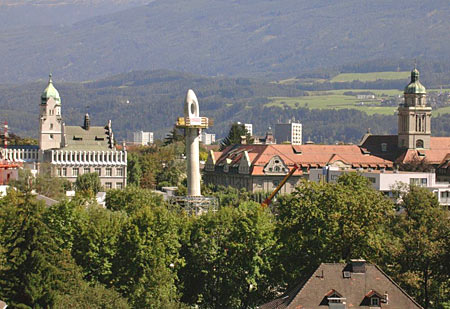 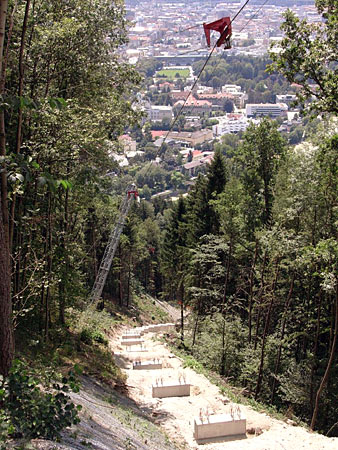 Tags: Austria hungerburgbahn Innsbruck
Kaprun, AustriaGletscherbahnen Kaprun AG will get back the only car which remained intact after the November 11th, 2000 tragedy.The “Kitzsteingams” car was destroyed by the fire into the tunnel. The undamaged “Gletscherdrachen” car was confiscated by the Salzburg authorities for the investigations and will be brought back to the operators of Kaprun skiing area.

The goal is to re-open the funicular for private freight transportations for the ski resort.
Some modifications are necessary to recreate a pendular funicular with two cars.
” Gletscherdrachen” is composed of two half-cars and can be divided into two different cars and at least a new fixing for the cable for one of the half-car and modification of the brake systems.

So the funiclar might be soon in operation again… but not for passengers! 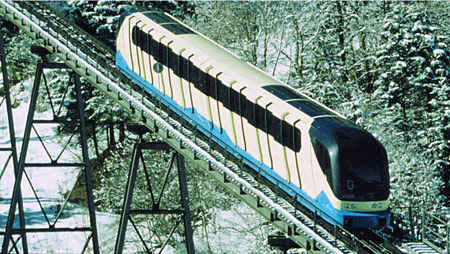 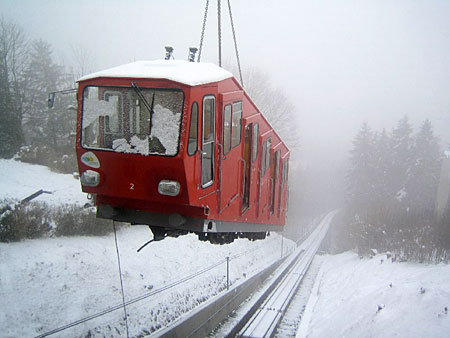 Tags: Austria hungerburgbahn Innsbruck
Innsbruck, Austria.The plans for the new funicular to the Hungerburg are approved by the authorities, but under several conditions (i.e. special fire extinguishing system in the tunnel sections, noise protection for dwellers in the vicinty of the new trace).

The 1,4km long funicular will start at the northern end of Innsbruck congress-center in a first tunnel section to the Loewenhaus station, crossing the Inn river on a suspension bridge, entering a second tunnel, leaving this tunnel east of the Weiherburg (with a station Alpenzoo on a approximatly 20m high tower) leading into the old Hungerburg funiculars trace via a 400m long curved steel bridge. 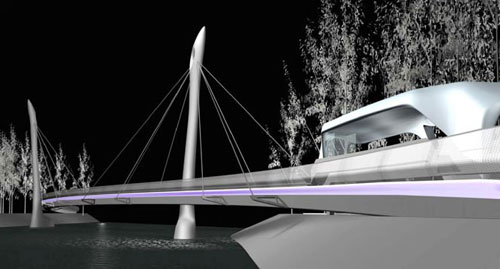 Unfortunately a direct connection with the towns centre (an the main tram-lines) is not possible due to plannings mistakes of the town. So the bottom station is separated by a 400m long (but nice) footwalk from the public transports main lines.

The funicular has got to stations underway, one near the Loewenhaus station, one near the Alpenzoo station. The halfway bypass it situated in the tunnel, but there is no station.

The longitudinal section of the funicular it remarkable, as there is a short section (in the Tunnel between the bridge and the Weiherburg) with counter-gradient. There special depression pulleys for the rope are needed. The section till the river is almost horizontal.

The funiculars cars are divided in separate cabins that are mounted moveable to the chassis frame. So all of the separate passengers cabins are horizontal at any place of the trace (so the system seems to be compareable to the Fun’ambule in Neuchatel).

All station buildings and the bridge are designed by the famous Iraqui architect Zaha Hadid. Especially the top station is an impressive landmark.

The new funicular is planned to start operation in spring 2007. Together with this venture the ropeways the the Seegrube and the Hafelecar will be modernized.

The cars will be built by Leitner. 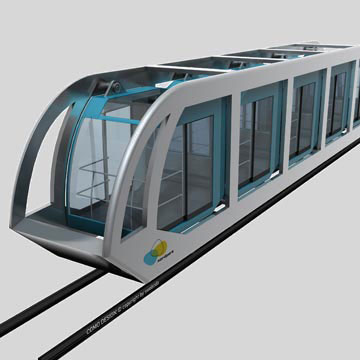 The trace alignment ist planned bei ILF (“Ingenieurbüro Lösser -Feizlmair”, a large planning bureau near Innsbruck which is also planning sections of the Brenner-tunnel. The whole project (new funicular and renovation of the two sections of the ropeway) will cost between 51 and 70 million. 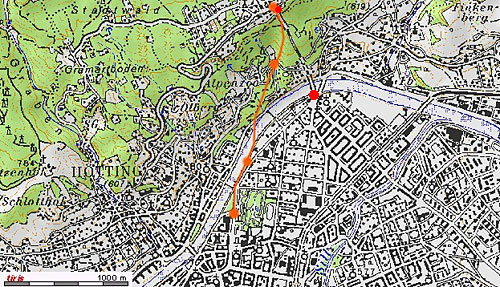 (In orange: the new project, in red: the old Hungerburg Bahn)

Tags: Austria hungerburgbahn Innsbruck
Innsbruck, Austria.The Hungerburg Bahn was stopped on December 8, 2005! It was opened in 1906 to link, with a stop at Alpenzoo, Innsbruck to Hungerburg where it is possible to take the aerial ropeway to Seegrube and Hafelekar (2269 m). A new project was adopted to replace the old funicular… see the next entry in my blog! The old funicular could be dismantled till the end of December 2005. The protected monuments of the old steel trestle and the old concrete viaduct might be dismantled in the following years. The builder and operator "Strabag" wants to remove the top station of the old funicular as soon as possible… some citizens believe they want to be sure, that there is no possibility to ever reinstate the old funicular or to keep it in operation till the end of the building phase of the new one in 2006/2007… 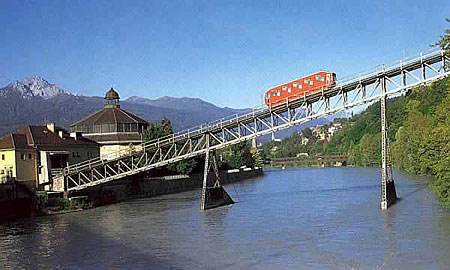 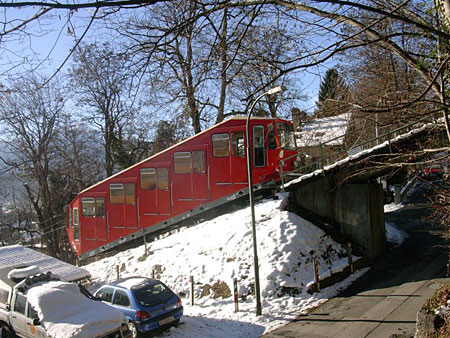