The project is at the moment in the phase of consolidating the rocks on the cliff.

The manufacturer of the inclined lifts will be chosen in June 2005, the construction will start on August 2005 and the opening is planed for June 2006.

In fact the new funicular will be composed of two independent inclined automatic lifts. The two lifts will both pass thru the same tunnel (West tunnel). The other tunnel (East) will be unused unless it is necessary to increase the capacity. Each lift will be composed of a single cabin with a capacity of 14 passengers. 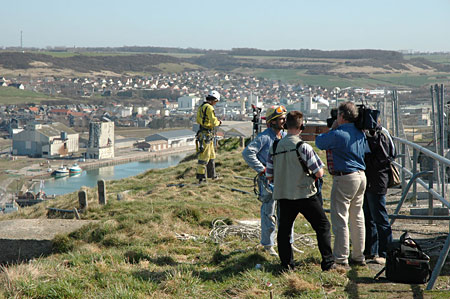 A France 3 Television crew interviewing the workers on the top of the cliff. 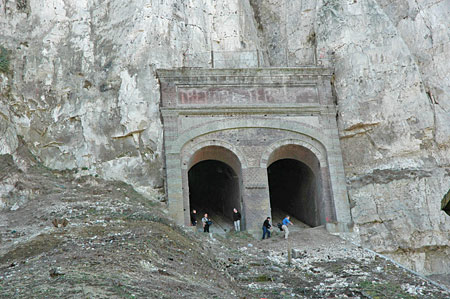 Tags: France Le Tréport
Oups…!! I just forgot to tell you that the Fun’ambule re-opened on December 12th, 2004!
I remind you that the Fun’ambule was stopped since October 30th, 2004.
Tags: Fun'ambule Neuchâtel Switzerland
On Monday February 28th, 2005 the first digging of the new funicular of Mondovi was done by Aldo Rabbia, the mayor of Mondovi in the presence of William Casoni, the vice-chairman of Piedmont County.The end of the works is planned for end of April 2006.The opening day is planned for end of 2006… 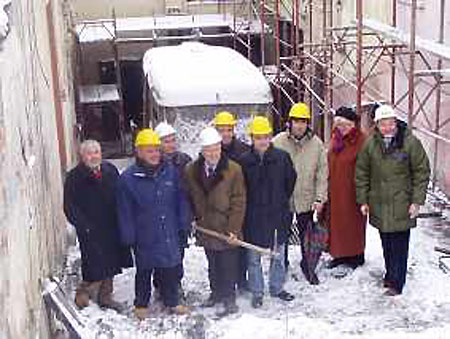 Note the old funicular in the background! (Photo Unione Monregalese)