Skip to content
Beatenberg, canton of Bern, Switzerland.Thursday May 12, 2005 the first car “Niederhorn” was delivered by Gangloff and installed on the rails.
Unfortunately, a mistake was made during the installation of the car on the rails… the car run down six meters and hit the bottom platform !
The car was damaged, and was taken away again back to Gangloff in Bern to be repaired.The opening day is still planned for June 25 but might well be postponed! 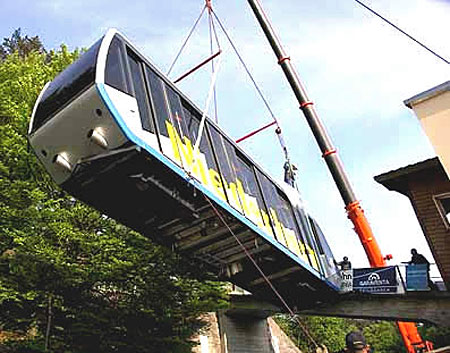